I have to say this is going to be a very interesting season of water, you haven't failed us pizza! 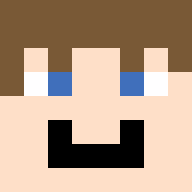 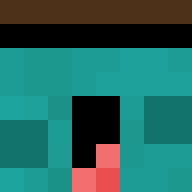 Can't wait for next season! 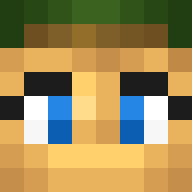 PizzaMC said:
View attachment 2031
​
Hello Everyone,
It is time for Water Season 7! The new season will release on Saturday June 13th, 2PM EST. Season 6 will go offline on the night of June 12. We will be doing things differently this season as a so make sure you read through the changelog carefully to get ready for release day! We also plan on extending the average season length instead of ending every 3 months like we have been doing.

Giveaway
You can be one of the three lucky players to win the Poseidon/Amphitrite rank. All you have to do is reply to this thread with your Minecraft username. The winners will be chosen on June 21st. If you already have the Poseidon rank you will not be chosen as a winner.

Default Limits:
Leveling
The traditional leveling system has been reaplced with a new straight-forward and more challening system. Simply placing ores will no longer increase your level. You now have to purchase levels using in-game cash. There is a catch though, it becomes exponentially harder to level up when you reach high levels.

Use /is level in-game to level up and for more details.

The leaderboard still exists and it will list islands based on their levels. There are payouts at the end of every month:

Upgrades
This season, you can upgrade man different aspects of your island such as Max Spawner Stacks, Max Hoppers, Mob Loot, Mob EXP, & Mob Spawning. Browse all upgrades at /upgrade.


Logs
This new addition will be helpful to many. You will now be able to check logs for
View attachment 2011

Vault and Members & Claims GUI
Each Island will now have a vault that consists of 9 slots.
View attachment 2012


You will now be able to list all of your Island's members and claims through an interactive GUI.
View attachment 2014

➥ Bubbles
Bubbles are a new water-only currency that can be earned through various ways such as
For detailed information ingame, use the command /bubbles
You can check how many bubbles you have from the scoreboard or /stats

➥ Minions
We replaced the old Minions system with a more advanced and powerful one. The 2 minion types available will be Farmer & Miner.

Miner
The miner minion can generate Coal, Lapis, Iron, Gold or Diamond. By default, it mines 1,000 blocks an hour in exchange for Bubbles (for example, at level 3 Emerald mining, one Miner can generate upwards of $17m/day). The minion uses Bubbles as fuel.

You may only have a maximum of two different types of orbs activated at a time (you can, however, stack them).

Last Player Standing:
This new daily event will run 3 times a day. Players who participate through /lps join will be thrown into one big arena with a 30 second grace period. Once grace is over, an FFA match will begin. The last 3 players standing will win rewards.
View attachment 2023

King of The Hill:
KoTH will run 2 times a day. An island must try to cap the arena for a full 3 minutes without being knocked out. If they achieve the capping time, they will win and a rewards chest will spawn with nice goodies!
View attachment 2024

➥ Spawner Stacking
We heard your complaints about FPS drops and mob lag and decided to implement a Spawner Stacking system!
You may now stack up to 64 spawners of the same type in one block!
View attachment 2025

Spawners
All spawners this season have custom static drops and will not be placeable on an island before the required level is reached. The spawners have been precisely balanced.
View attachment 2021

Farming
This season we are looking for more active gameplay rather than an AFK-driven one. For this reason, we have disabled automation for all crops except for cactus. This means Pistons will not push crops, sugar cane will not be destroyed by water, and observers won't be craftable.

We have also increased the crop sell prices by an extreme amount to account for such anti-automation measures. As you can see, 1x Sugar Cane will sell for $65.
View attachment 2022


➥ Voting
Voting is now very valuable! Vote x amount of times to reach milestones. Additionally, you will get rewards every single time you vote.