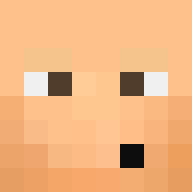 ​
Hello everyone,
Today we have the most exciting news for MineVille! As most of you know, MineVille is ran by the company ManaLabs. ManaLabs also runs ManaCube, a larger Minecraft network established nine years ago. Both servers are very similar in many ways, as they share the same development teams. We have made the decision to merge both networks together; MineVille will merge into ManaCube. We have really big plans for moving forward and this is the best course to take.

There are many advantages to the merge, including
More importantly, we have been working on a new backend system that will allow us to hold unlimited players on one realm without lag. This system works by dividing one realm into multiple servers which are all synced together. Instead of holding less than 300 players on one realm (with lag spikes at times). This is one of the major reasons that this merge is now possible.

This merge will open the door to many new opportunities and we cannot wait to show you what we have been working on.


Transfer of MineVille profiles
ROADMAP
SKYBLOCK
Release Date: July 16
Most of you have asked for Fire & Water resets and we will be delivering on that on July 16 on ManaCube. Water & Fire Skyblock realms will merge with ManaCube's Aztec & Oasis realms to create 1 mega Skyblock realm. This will utilize our new tech to support all these players on one realm. Obviously I will not go into the new features of the new skyblock relam otherwise this thread will be too long but expect a whole separate announcement for Skyblock pretty soon.

Fire & Water will go offline on MineVille on July 14 & will be removed from the selector. On July 16, the new skyblock realm will release on ManaCube and you will be able to join using the ip play.manacube.com. Your minebucks, ranks, titles, pins, fly perk, cosmetics, and any other purchased permissions will be waiting for you on release.

​
SURVIVAL
Release Date: July 23
Mana's Survival realm & MineVille's Kingdom Survival will merge to create one mega Survival realm on ManaCube. We are aiming for this realm to release one week after Skyblock but there are no assurances that we will 100% meet that timeline. There will be a multitude of new features, bug fixes, and economy-rebalances (as we know a lot of you are unhappy with kingdom's current spawner fragment economy). Survival will also use our new multi-server tech. There will be a separate announcement prior to survival release with all information regarding the reset.

​
EARTH TOWNY
Release Date: July 30
Earth players will get a bunch of new features & a new release on ManaCube one week after Survival (again, this is not a 100% set-in-stone date, but it is what we want to achieve). Expect a lot more players on Earth after the release on ManaCube. We will be implementing suggestions we have received over the past few months as well & adding regions with custom monsters to win rare vanilla items & other perks. There will be a separate announcement prior to earth release with all information regarding the reset.

(Earth's new spawn)
​
ASGARD PRISON
Asgard will release on ManaCube as-is. Nothing will reset; the only difference is that you will have to use a different IP to connect to it (manacube's IP). The donator ranks will be renamed, however. We are aiming to release Asgard on Mana on July 16 if everything goes according to plan. We have a big prison update coming later this year however there are no details I have that I can give you yet.


ANARCHY > INFINITY
Anarchy will be moved to ManaCube as-is but will be renamed to Infinity & will have chat rules. The world will NOT reset as we promised we would never reset it.. This is the only change that anarchy will have: name change & chat rules.


UNIQUE MANACUBE SERVERS
ManaCube has a handful of new unique games for you to check out, including;

An 8 year old KitPvP server with a ton of content, events, history & a custom anticheat.

A skyblock-inspired gamemode out at sea


Minebucks
To receive your Minebucks on ManaCube you will need to execute the command /minebucks starting July 16 and you will have 6 weeks to do this otherwise your Minebucks will be deleted.


The Admin Team
The admin team will be growing from 8 to 15!

What will happen to the MineVille staff team?
We are not leaving any one behind. The staff team has been trained to staff on ManaCube as well and will resume their duties on there.

What about Legends for this month?
We will stay pay the Legends on the following realms for this month:
Asgard, Earth, & Kingdom. They will be given to the winners as cubits on ManaCube.

Why merge the two networks?
ManaCube and MineVille will be merging for multiple reasons. Currently MineVille receives a bad reputation from the similarly named ‘MineVille City’ realm on the Bedrock edition of Minecraft. For future plans and goals for the server, it will be easier to accomplish these as ONE network, and as they are both owned by ManaLabs, combining both networks will make accomplishing these goals a lot easier. Doing so will also mean there will be more opportunities for advertising to further the growth of the network.

You can think of this like a name change but with a ton of new content & players to go with it.

Why is ManaCube not merging into MineVille instead?
Simply put, ManaCube has a much larger and older community than MineVille, as well as an additional 5 game-modes.

How will I connect to MineVille?
Both the IP for ManaCube and MineVille will still connect to the corresponding servers. MineVille’s IP will be automatically redirected to the ManaCube network with the release of Survival.

How will the realms merge?
What will happen to the MineVille Discord server?
Players from the MineVille forums and discord server will have the option to move to the ManaCube discord. Synced users on MineVille will be automatically synced on Manas discord. If this does not work for you for some reason you can just re-do the sync process on Mana.

The MineVille discord will be left open until July 16, then will be locked (no messaging). Levels and EXP will unfortunately be messy to transfer over to the ManaCube discord, however roles such as ‘Active’ ‘Well-Known’ and ‘Popular’ will be manually transferred.

How can I get support?
ManaCube does not have support tickets in the discord server, these will need to be created at https://manacube.com/support . However, ManaCube does have a public help section with channels as follows:

#Help: Ask general questions about the network.
#Issues: Report minor bugs/glitches - it’s recommended that larger bugs and glitches are reported either directly to a member of staff, or via a support ticket on the forums.
#Reports: Report a player (IGN, Server & Evidence are appreciated)
#Wiki: Open for suggestions and reports relating to the ManaCube Wiki.

Will there be any changes to the rules?
A large majority of the rules will remain the same, the only changes will be in punishment length. However, as previously mentioned Anarchy/Infinity will have the addition of chat related rules.
https://manacube.com/threads/manacube-network-official-rules.6943/

Will I keep my Donator ranks?
If you have a rank on one of the MineVille realms, it will be converted into the ManaCube equivalent of that rank (for example; Asgard Monarch > Asgard MVP+). Similarly, if you have ranks on both Fire and Water Skyblock, and one is lower than the other, the higher rank will automatically be applied when the merge takes place. (for example: Poseidon/Wither > Elite).
Perks are also transferred.

Note: These transfers only happen on the release of the game.
For example, you cannot go on ManaCubes current survival realm expecting your stuff, you will have to wait until the new Survival is released and officially merged.

You can expect this to be synced within the next few days.

Will I lose my Minebucks?
No. MineBucks will simply be converted into Cubits. The conversion will be as follows: 100 MineBucks = 1.00 Cubits ($1 USD)

Will I keep my purchased perks?
Perks won on MineVille will be transferred to ManaCube. This also includes titles, wardrobe items (hats, back items, etc) and season vault access items. For realms such as Skyblock & Survival, you will need to put the items into the /seasonvault for them to transfer season-to-season as normal, but for realms such as Asgard you will not need to put them in the vault for them to be transferred to ManaCube.

SVA items from MineVille will also differ from ManaCube’s SVA items, so this will open up trading rare items further. For example, MineVille playerswill have wardrobe items that have not been released on ManaCube & ManaCube players will have items from the Arcade & Dr Seuss crates that were not released on MineVille. Some formatting changes will be made, but the items will stay the same.

Note: These transfers only happen on the release of the game.
For example, you cannot go on ManaCubes current survival realm expecting your stuff, you will have to wait until the new Survival is released and officially merged.

What will happen to MineVille Forums?
The MineVille forums will redirect to ManaCube's forums mid-july.


Question not covered?
If your question was not mentioned in this FAQ, or you would like additional information - please reach out via the #merge-help channel within the ManaCube discord.
https://discord.gg/manacube


Let's have our best summer yet!

Very cool Pizza, we love you

Pizza how would it work if I’m banned on Mana?

Very cool Pizza, I love you 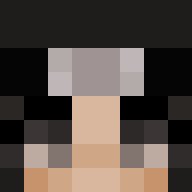 SpaceVillage said:
Pizza how would it work if I’m banned on Mana?
Click to expand... 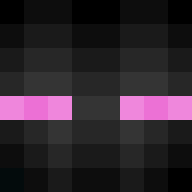 Can we all than build mob-farms on ManaCube like here? free fly, so many spawner etc. ? 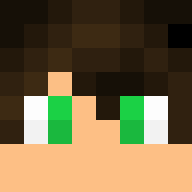