Please listen to the players. 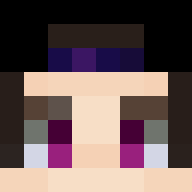 So, i know i am not the only one thinking this way, but it is really starting to annoy me, some of the major bugs take weeks upon weeks, and still have not been fixed, and once there is just a minor shop bug which gives you something like 1 cent an hour, it's mostly fixed within hours? ( This is of course an extreme example.)

This should and can not continue, please hear the players, and work more on the already existing servers, then planning on releasing new ones, this just sounds really weird to me, you are lacking staff for 2 realms already, and you are releasing 2 more? What do you think how this i gonna work out? If it isn't 100% well planned from begin on, this will result in 10x the work from before, and i guess there is gonna be no attention at all to hell & skyblock even once they get released? I don't know how you planned this out, and i know this might work out really well, but i still think you should "cancel" the release, and work on the 2 realms which already exist, instead of releasing more, if those 2 work well, you can release them, and i am for sure not the only one who thinks this way.
With the past the server already had, a lot of problems occurring and stuff like that, there should really be no new realms just yet.
This is not written in any way to harm the server, it's the complete opposite, i want to help the players, and even the server itself out as one of it's most active member.

To the players: If you think the same way as i do, please upvote this post, the more upvotes it has, the more likely it is that this post will be heard. 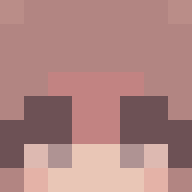 Thank you for sharing your concerns with us. Though you may think we do not listen to our players, we actually mostly depend on them based on what they want to have on the server so their experience as a player is fulfilled.

Each staff member on the daily is mostly busy. We dedicate a generous amount of time into Mineville to listen and help players, report issues directly to higher staff, and much more. Other times, we are busy with outside things. Not all of us can be super humans. Please understand this. We kindly ask to have your patience for things like these.

Going back to your issue about bugs, certain bugs are very difficult to fix sometimes. The developers and owners can only do so much within a short amount of time. For now, patience is virtue. As this concern is being frequently brought up lately, we will prioritise this further and discuss it more within the staff team.

I understand your opinion with how you want the new realms to be delayed, but I however have to disagree with it. As I moderate the realms thoroughly, I notice the ups and downs. Every staff member has done a decent amount of work on both realms already, and continues to do so. A toll has already been made to ask players which two realms they next want released too, so of course they expect these realms to be out sooner or later - hence why work is being done on them. A plan has been made, and we are just simply sticking to this plan.

On behalf of the staff team, we sincerely apologise your concerns within the server. We constantly work at our best, and we will keep trying to do so. Hopefully you and many others still do enjoy playing regardless. Thank you

As i said when i posted it: This is not meant in any way to harm the server, and it is not meant to harm the staff either I am simply trying to be a voice to the players, i have really high concerns about the new realms, i think the server is great as is, but it's simply missing some features and bug fixes, i know you are humans too, and i know that most of you have family / school / work and stuff like that, after all you still are humans, but i generally think that the work that is being put into the new realms, should still be on the existing ones. That is of course just an opinion, but i think i am not the only one, who is thinking this way.

Yes, I understand this was meant with no harm, and thank you. There are a lot of features that already exist on both realms to provide a decent amount of satisfaction and worthwhile gameplay.

This server is still relatively new, however. Nothing will be perfect by now, of course there will still be many issues to deal with and many new features to come, but I feel that the current realms are good for now in terms of experience disregarding the bugs. The realms coming will provide more players to play differently, it will also maybe and hopefully attract new players as different people have different tastes in servers.

I hope you get where I’m coming from 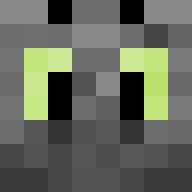 It's understandable that you'd be upset about bugs Krommel but you have to understand that bugs are hard to fix. An issue with the shop is more often than not repeatable or very similar, and therefore much easier to fix which is why it seems like those issues are fixed quickly. But bugs can vary widely so it's never definite what to look for when looking for a fix, and as for delaying the servers that would cause more upset from more people who expect to be able to play the servers that were voted in!

My problem is not the bug fixing itself, but the amount of bugs which are still out there, i can give you one example of a bug, which has been reported in the first week of the server, and yet it is still not fixed, despite that it is just a permission issue in the /lands plugin.
The land owner can set a /lands spawn , which only the owner itself can use, there is an option to enable it for users, but this option is disabled for normal players, without a reason. I count this as a MAJOR bug, because players with a rank only have one /home, this can ONLY be increased, with a rank! But you can increase the amounts of lands to be in.
And i am not upset about this, but i really think that such bugs should be prioritised over new realms.
Such bugs should not be hard to fix as well, but for some weird reason has managed it to bypass everyone of the staff team despite the fact that it got multiple times since the first week of the server.


And iirina , i do understand you, but i am not going to change my reasoning, because as listed above, such bugs should have prioritisation over new realms, thanks for listening to me.

We notice that many bugs are still out there, however I have checked the bug-reports section on the discord, and have seen that only one player has reported it out of the many other issues reported (I could be wrong on this). To my belief, it just simply got lost in the messages as it was reported at the start of this month. However I brought this up to PizzaMC just now to check if it is a real bug, or if it is intentional. I will come back to you with an answer. Very sorry for the wait on that.

Again, if you knew the bug was there in the first week of the server, you could have reported it again to us. No harm to report issues that have already been reported before. Either directly contact a staff member or put it in the bug-reports section on the Mineville discord as I have mentioned.
L

I my Self had this once, On an other server. Survival used to be super fun, on there, played for 3 years. Just to see how New servers came. On which People Payed more $$ for And Caused The Owners in the first place Too Only Focus On those High Profit servers. ( This might be Due To the Financial reasons Also) I littarly had to wait 6 months For my Donator Rank on there( survival) . Once A staff member Mentioned that to the owner And Brought it up that it was irresponsable Behaviour he lost his rank and stopped playing. Which Caused the Survival server to die cuz he was the only mod on Survival cuz all other staff members played on the More active servers.

All I feel like that has to be said that you need a Solid Foundation on the current servers before you Push Servers forward.

Owner
Administrator
People seem to forget that we are literally 30 days old. No BETA phase. The amount of bugs that we have fixed in recent days is incredible. When a bug is reported, we try to fix as fast as we can. We also try to balance out the time spent on bug fixing and content releases. However, I understand where you are coming from and I can personally assure you that in the next two weeks, our team will be solely focused on bug fixing.

Pizza i did not forget it, and it is nice to hear that you are going to focus on bug fixing It really makes me happy That is basically all i was asking for :3 If i manage to encounter any other bugs which have not been reported yet, i will do so ASAP <3 Thanks for all your work (Meant for the whole staff team, not only Pizza )
You must log in or register to reply here.
Share:
Facebook Twitter Google+ Reddit Pinterest Tumblr WhatsApp Email Link