So, yes. I got perm banned, and its all my fault. Sort of.

First, I did not mean to do anything to get banned.

I was minding my day, and decided to go into the Underworld. An annoying magma cube nearly killed me, so I ctrl+v to get back to /town home but i forgot I actually had my minecraft test server copied, (about an hour ago I copied the link so I could easily enter it in to the minecraft add server. You can probably tell what happens next. I pasted in my minecraft server link, by accident. I then proceeded to nearly die in the underworld...

I just would like to say I started playing three days ago, and I am very sad I have gotten perm banned because I accidently gave a link to my server. I sent a request to be un-banned, but it may not be accepted.

Enjoyed playing with everybody -
DonityYT 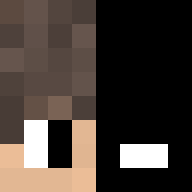 you can always appeal your punishment it might get reduced /accepted

F in chat to pay respects