Hello everyone! (I have been banned on discord for over 2 weeks because i was defending my self towards other toxic players insulting me and etc, and Frog said "i will unmute him whenever i feel like it" and yet I've spent 600$ and supported the server in so many ways with helping new players, keeping it alive with the donations and much more because i love it and im not asking for any special treatment, just fair treatment...) Today I'm making this statement for me and some of the players who have been abused by multiple high level/known/ and or insulted, harassed to the worst kind of level. and on top of that most of the staff encouraging them and or abusing you along with them, not helping you/ shaming you in public in front of everyone when over 7 people were insulting you and harassing you and making fun of your down syndrome cousin and then the mod "Dehiscence" will just jump in with them and only warn you when you decide to defend yourself against 5-7 players first insulting me at my first month or two on this server. Multiple different occasions before where Dehiscence would one back a person called "Prim" all the time Prim would insult me and make fun of me and just insult my name in front of everyone she would do nothing and Dehiscence warned her to stop or next time she will be muted. But guess one Prim never stopped, Dehiscence never muted her, but when it came to me i got a straight shame from her once again in front of the whole server, not one word was said from her to Prim. And that is just 1 occasion at 1 time with 1 moderator. I'm sure others have different stories and reasons and i have lots more where I'm feeling so many feelings I'm not suppose to be feeling in a video game where I'm trying to have fun and sort of escape reality and pursue dreams of being a content creator. Specially on a unique server like this. Well I could have a lot more to say but i just wanted to finally say what me and others think and have felt for a while. 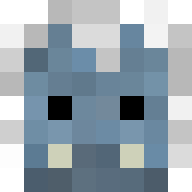 Administrator
Kingdom Merchant
Kingdom Emperor
Thank you for your concerns! They will certainly be addressed. Feel free to appeal your punishment on the discord here: https://www.mineville.org/form/6/select

Have a nice night,