What is your username? Dozyy_

What is your discord username? Dozy#0001

What is your first name? Marwen

What time zone do you live in? Central European Time Zone (GMT +1)

Why do you want to become a staff member on Mineville and what makes you stand out from the rest of the applicants?
First of all I want to be staff because I have been heavily involved in the community and played on the server myself, I created my own faction in season 1 winning ftop #3 and #1 in seasons 1 and 2 respectively. I also had the most playing time in season one. After 4 seasons of playing factions I think it is time for me to take a step back from playing for excessive amounts of time and focus more on helping the players rather than play myself.

Ever since season 2 I have been really interested in helping the server out when I could even though I wasn't staff. I answered questions for the new players who joined the server and helped get people who broke the rules banned.

One of the reasons why I would like to become staff is that most of the time when I'm playing which is mainly AU and EU times I see almost no staff online. So there is clearly a need of EU and AU staff and I would be able to watch raids to punish people or help where and when needed.

I have made many good friends and connections by playing on the server and I am glad to return the favor to the server by being there for the players and helping them with their problems.

Because I played Factions for multiple seasons on Mineville I have a good understanding about the commands, rules and the punishments that are given when breaking a rule. I have read the rules and am aware of them.
I can also help new faction players start off their experience and give them tips if needed or explain to them how the faction realm works.

How many hours a day can you dedicate to Mineville?
I currently am not in school and not working so I can dedicate anywhere from 2 - 12 hours on the server.

Which realm do you mainly play on?
I have played all realms but Factions is the main realm I play on.
I also have some experience in Asgard prisons.

How long have you been playing on Mineville?
The first time I logged on to Mineville was in the beginning of august.
I have played the server consistently since then.

Have you ever been banned or punished on our server or any of our other platforms? (Describe the situation/s)
I have been banned 3 times, once for enderpearling out of pvp (I got unbanned because it was supposed to be a kick)
I have also been banned for gen bucketing my cannonbox during a raid. As I understood that the ones getting raided couldn't use gen buckets but the ones that are raiding could use them, so I got reduced time for that specific ban.
And my last ban was for killfarming wich I got unbanned for because I was trapped and they spawned in front of me and kept trying to kill me.

Do you have any past experience of being a staff member?
I have not been staff before, but I am really eager to learn.

Are you able to use some form of recording software?
I use OBS to record, I can also download other softwares to record if needed.

SCENARIO ONE: You are unsure of how to punish a player or simply just don't have the power for the proper punishment. What do you do?
I go to a staff member in a higher position for this issue, I either let them deal with it or ask how I should approach the situation. If no higher up is available at the time I deal out a punishment for the time being untill a higher up is available to deal with the matter at hand.

SCENARIO TWO: You ban a player and them and their friends start messaging you calling you a bad staff member and telling you that you should unban them. What do you do?
I explain the situation calmly to them and tell them why I banned the person in question. If they still don't agree I show the person banned and their friends the evidence of the ban and go deeper into why the person was banned. If the ban ends up to be unjustified I will apologise to the person in question.

Are you aware that all information provided must be true, and if found to be false, will result in an automatic rejection of this application?
Yes
Last edited: Feb 6, 2020
N

+1 he once mugged me in a dark alley when i was vacationing in Bruges, but he was nice enough to give me my limited edition Frozen II wallet back when i asked for it

Lithograph said:
+1 he once mugged me in a dark alley when i was vacationing in Bruges, but he was nice enough to give me my limited edition Frozen II wallet back when i asked for it
Click to expand...

Ah yes, i remember this happening. We went to McDonalds together and settled our differences. 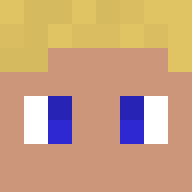 +1 this man is extremely cute

I can only tell from past experience, in this case, a couple of months ago you were really toxic and called me bad things, disrespected staff and others. But hopefully you’ve changed and then I am ready to support you as your knowledge is good. Keep it up

Moderator+
Thank you for your application! This is a really well-written application and provides a good amount of detail which I'm pleased to see. It shows that you seem to really care about the server.

Seeing as we currently are not letting factions staff members play on the realm, (this might change but currently stands), are you still interested in becoming a factions staff member? I'm curious as to how confident you feel that you could be completely unbiased when it comes to handling issues on a realm where you're so well known.

Lighthoused said:
Thank you for your application! This is a really well-written application and provides a good amount of detail which I'm pleased to see. It shows that you seem to really care about the server.

Seeing as we currently are not letting factions staff members play on the realm, (this might change but currently stands), are you still interested in becoming a factions staff member? I'm curious as to how confident you feel that you could be completely unbiased when it comes to handling issues on a realm where you're so well known.

Yes i am aware of the situation that faction staff can't play on the realm and agree to help the players out without playing myself.
I have been playing myself for multiple seasons and am now taking a step back from playing factions and rather help new and old players out that need help.