Preface: I am aware that I am not an accomplished writer, and am not a fan of writing long essays to explain something, so I will attempt to keep this short.
Recently on asgard, people have been getting newer players ranked up to higher ranks. The method that people use to boost is where a Player 1 mines, usually with the trench enchant, while at the same time Player 2 runs around and sells all of the drops Player 1 mines. When this happens, they have an agreement for an energy amount. The people that do this kind of boosting have a rate of about $20 million for 10,000 energy.
Personally I feel this is a clear violation to the boosting rule, the rule stating: "The ability to pay money is disabled. This is to prevent boosting between the different ranks. Any attempts to bypass this is not allowed and will be punished under our Abusing Bugs rule," the realm was specifically designed to remove the paying and trading of money; and a rule specifically stating that it was against the rules, yet nothing happens when people are specifically disobeying the rule.
Before you start asking staff about whether this is allowed or not, or if you are a staff that I have asked before about this specific situation, you will always get the same answer(or something similar). Something along the lines of "It doesn't give enough money to be worth doing." or "It is only for leaderboards, not just ranking up", however, the rule itself states that ranking up is what isn't allowed, not for leaderboards, and many players have shown that it is a very good source of income for newer players.
Thank you for reading my complaint for what has been happening on asgard recently, and will most likely continue happening if nothing is done.

Kind of a wall of text, but it has to be brought up 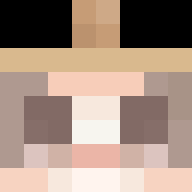 In favor of banning this practice: its most problematic effect is that the rich get richer. Trench miners can drastically outpace standard miners at earning $ from mining, and thus (with this system in place) at earning energy from mining. It's not like the 3x energy-per-block multiplier for trench - the advantage in this case is several orders of magnitude. It's impossible for non-trench players to overcome. This inevitably hurts new player retention and, in turn, playerbase (and revenue) growth.

In opposition to banning this practice: enforcing a ban would be a slippery slope. Inventory overflow happens to everyone. People who just want to grind energy without having to stop and /sell should be able to. Proving intent to boost is impossible if players are coordinating via Discord etc. rather than in-game DMs.

A simple compromise:
Explicitly ban this type of boosting, but fix backpacks and/or bring back autosell, to help honest players avoid getting wrongfully banned.


Just my two cents. Kudos to Sheep for broaching the topic. It's been the elephant in the room for a while now.
Last edited: Jan 17, 2021

LinearLogic said:
In opposition to banning this practice: enforcing a ban would be a slippery slope. Inventory overflow happens to everyone. People who just want to grind energy without having to stop and /sell should be able to. Proving intent to boost is impossible if players are coordinating via Discord etc. rather than in-game DMs.
Click to expand...

I agree with this Linear, and I do agree that a permanent ban is a bit much because it is currently under the Abusing Bugs rule. However, to your other point about inventory overflow, that is all fine, but when it comes to deliberately not selling so others can sell it is where it shouldn't be allowed. Thanks for responding to my post.

Sheepith said:
...to your other point about inventory overflow, that is all fine, but when it comes to deliberately not selling so others can sell it is where it shouldn't be allowed.
Click to expand...

Agreed; great point of emphasis - the fact that ores can be saved and exchanged via chests etc. instead of being dropped/picked up in mines is what really complicates policing. Otherwise, all dropped ores (whether from overflow or from deliberate hand-offs) could simply be destroyed by a basic plugin listening for PlayerDropItemEvent etc.

I guess autosell, while making it harder for boosters to fly under the radar, won't resolve things entirely. And backpacks would actually enhance boosting, on second thought... Hopefully they'll at least consider reintroducing autosell in Season 3, though, for this reason and others.
You must log in or register to reply here.
Share:
Facebook Twitter Google+ Reddit Pinterest Tumblr WhatsApp Email Link