WAY TOO MANY DAMN BUGS! GET THE DAMN DEVS ON AND FIX ASGARD! YOU GUYS RELEASED IT AND JUST GAVE UP ON IT!

QUESTION: WHEN ARE PAYOUTS?
ANSWER: NO ONE BLEEPING KNOWS! PATHETIC

BUGS:
1. When completing the Vidar Challenge for rebirths, it is said we get /back command on death. Tried it and it says "Access Denied."

2. When completing the Thor's Challenge for rebirths, it says we get access to /smite, also false. "Access Denied"

3. This bug was told by a f2p player with no donor rank forgot who. They completed Loki's challenge and didn't get the disguises for basic animals.

4. The Freyr's Challenge is also a bug. The /kingdoms command you get, gives you access to energy and exp workers that get you free energy/xp every 24 hours. The energy workers are broken but exp workers are fine...

5. THIS IS THE MOST IMPORTANT BUG! WHEN COMPLETING ODIN'S CHALLENGE WE ARE SUPPOSE TO HAVE ACCESS TO THE JOTUNHEIM SURVIVAL WORLD BUT THAT WARP DOESNT EXIST! WHATS THE BLEEPING POINT OF GRINDING TO SLAYER LVL 10 WHICH I'VE SPENT 20+ HOURS ON, COMPLETING ALL THE ACHIEVEMENTS, AND REBIRTHING 10 TIMES JUST FOR IT TO NOT WORK!!!!!!!!!!!!!!!! Also, it is said we get a "Odin's Aura" but its not even listed in /aura...

6. The 800k energy 3x3 Trench enchant is suppose to give you 3x energy and xp but it doesnt. A lot of people were furious when they found out and regretted buying it.

7. Ascending is 25mill x the amount of rebirths but it only takes 25mill to ascend.

8. Ancient Trials is very very buggy.... Sometimes waves dont spawn mobs, people dont get tp'd out after wave 10, and mobs spawn in the ground behind places us players cant reach.

It's as if you guys copied and pasted asgard without even working on it. The way i see it, you guys are just money hungry and want people to spend more money on your server. Regardless, im still going to play for the payout.
Please, fix the server...

what he said
A

Devs gave up on the realm they wont notice us

Hey dee, im going to have to agree with you on this one.

This realm should have never been released IMO. Sure it was fun to play at first, but slowly went down hill from there when we all realized that 75% of the featured stuff in the realm itself didn't work properly. I feel as after this season they should honestly take down this realm and re-work it to the point where it works like it should!


(this is the reason i stopped playing the realm) 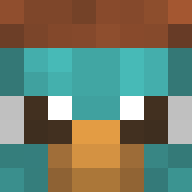 Don't forget the Daily Rewards being taken down and never fixed. Was looking forward to the week long reward of 50 minecoins. but they took it down due to bug surprise surprise.\

There are other bugs but why even mention them nothing is being done...

ah yes, also that! what a shame.
D

Lets not forget DaddySwagga's Thanks Giving Set lol, not sure if its on asgard or somewhere else tho lmfao.

DeePlays said:
Lets not forget DaddySwagga's Thanks Giving Set lol, not sure if its on asgard or somewhere else tho lmfao.
Click to expand...