I play on Asgard quite frequently. This has given me the chance to discuss the realm with other members of the community. Due to this, I have came up with some suggestions to possibly improve the realm or just make some minor changes that would be useful to other players. I have no doubt some of these have already been suggested and that some may not be possible; but you never know unless you ask!

The featherboard (side-bar) still lists the total amount of votes each player has. Since voting has now been made obsolete, I have thought of a few possible things this could be replaced with, rather than outright removing it. Here are some of my ideas:
│Mines (Odin & Noble)

Odin: As it is such a popular mine, it gets over-crowded very easily, and very quickly (especially during the peak hours on the realm). I think a possible suggestion for this would be to add multiple versions of Odin mine, so when you teleport or warp to Odin, it opens a GUI with one or two additional versions of Odin, to hopefully prevent the mine being over-crowded, and ensure everyone is able to make money whilst mining, without having to sacrifice going to Frigga mine (although it is only $50 less, every penny counts).

Noble: On the topic of fairness, I also would like to propose that Dragonfruit & Magic bombs are disabled in the Noble (VIP) mine. When there is multiple people mining in the VIP mine, it can get over-crowded which is understandable - however, as Trench is disabled in the mine, I think the bombs should follow suit and also be disabled as it can be quite unfair when multiple people are using the mine, and one or two people drop bombs into it.

Fish: I think fish should be able to be sold in /shop (mob-drops) as you are forced to catch 150 fish for the Njord rebirth challenge, but then can't do anything with the fish besides cook it (which is made redundant for donators as we have /feed).


This is all of my suggestions for now, however I will likely add on to this if I come across any more, and I'd like to open up this thread to other members of the community to discuss their thoughts and opinions on these suggestions, as well as contribute any others they may have.

Thank you for reading!​

Asgard Monarch
To add on, I have a whole other sub-section for suggestions that I completely missed out.

Add leaderboards for mining to give players another incentive to mine more. Currently to be part of the 'Legends' on Asgard you need to upgrade your plot. Possibly in the next season - as to not discredit all of the hard work the current people on the leaderboards have done - it could be based off of mining, and the top 5 players with the most blocks mined for that month.

After discussing this with a few members of the community in the discord server, I realised that the whole point of Prison realms is that they are centred around mining. I think swapping the plot leaderboards for mining ones just makes sense for Asgard.

Progress for each player could be tracked with /topblocksbroken, /topblocksbrokendaily and /topblocksbrokenmonthly - or alternatively /topmining. The leaderboards at the realm's spawn could be switched to include Mining. I think this would add a bit of competitiveness to mining which would encourage a lot more players to mine and attempt to reach level 120. Beyond level 75 is realistically pointless currently unless you have a personal goal, but with the added incentive of placing on the 'legends' board, I think people would be a lot more inspired. 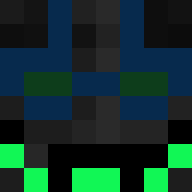 Hallowqueen said:
Add leaderboards for mining to give players another incentive to mine more. Currently to be part of the 'Legends' on Asgard you need to upgrade your plot. Possibly in the next season - as to not discredit all of the hard work the current people on the leaderboards have done - it could be based off of mining, and the top 5 players with the most blocks mined for that month.
Click to expand...

I like some of your suggestions, but if the legends are switched to being based on mining I don't think this would for the Asgards eco. Switching them to being based on just mining will force players to just mine and will make stuff like mob spawners/crop farms a lot more useless. I agree mining is one of the main points of prison servers using plots for creating farms is also another point and has been for the last 2 seasons of Asgard. With the current legends system being focused on plot levels players are allowed the opportunity to use mining and farms to earn money for plot levels this allows the economy of the server to be more diverse. And you note that mining beyond level 75 is pointless which it isn't mining is still the main way to make money on Asgard currently which will in turn force people to have to mine more and increase their mining lvl beyond lvl 75. Players still need to mine a lot to gain money to use for upgrading their plots to earn a spot on /legends. I think a leaderboard for mining with rewards would be a good idea though just not as the main goal of legends.

Enderpearls: Since you're able to get them from killing mobs in /uw, I believe this drop should either be disabled or alternatively, considering they are useful for the achievement [throwing 10 enderpearls], they should be sellable in /shop.

Whilst there are currently ways to get EXP (slaying mobs, crates, mining with the 'experienced' enchantment), I think it would be nice to incorporate the idea of the donor mine into an EXP mine, or it could be an upgradable system, with improved ores as you upgrade (Whether it be with Energy or Money).

Mine A: Coal ore
Mine B: Iron ore
Mine C: Gold ore
Mine D: Diamond ore
Mine E: Emerald ore

I understand this is quite a large suggestion, so may be something that would have to be considered in a future season of Asgard, I just thought it would make the realm that little bit more unique. My main reason for suggesting this, is that there are currently two rebirth challenges that involve EXP, as well as the obvious use of using them to purchase books in /ce, so I thought this would be another way of getting EXP for players who maybe don't have the best of gear for /uw, who maybe aren't at a level where they can purchase spawners yet, or who maybe haven't gotten the 'Experienced' enchantment yet (which, ironically you need EXP to get).

To play devils advocate though, I can provide cons to this suggestion - so whilst I think it may be unique, I completely understand it isn't entirely practical. For starters, it takes away from the grind of gathering EXP, and additionally making it an upgradable system would add to the grinding aspect, but EXP isn't exactly the most sought after thing on the realm, so 'upgrading' to unlock higher priced ores would only really benefit players who aren't making as much as players in the Demi-God mine, which may also mean sell prices for ores would possibly have to be reworked.
You must log in or register to reply here.
Share:
Facebook Twitter Google+ Reddit Pinterest Tumblr WhatsApp Email Link